Traumatic Brain Injury a Leading Cause of Death and Disability in U.S. 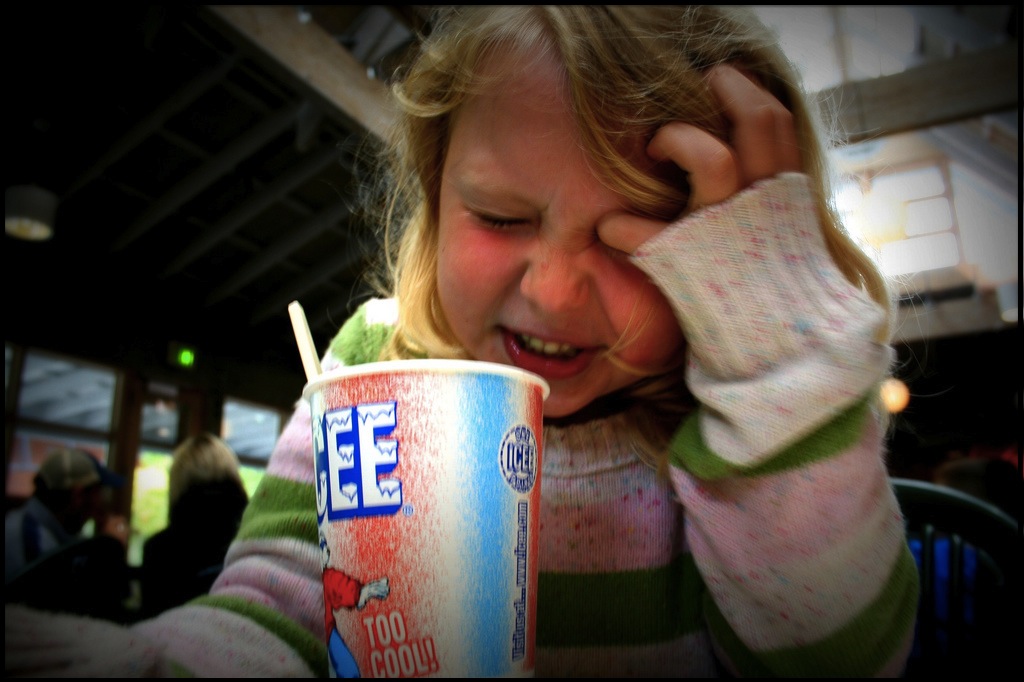 Summertime often summons childhood memories of running through the sprinklers, popsicle in hand, dripping sticky, bright red juice down our arm. To quell the Alabama heat, your seven-year-old self chomps down on the frozen sugar on a stick. Ouch! A sharp, icy pain shoots through your head. Brain freeze! Fortunately, in just a few moments, the pain subsides and you’re back to the revelry of summer fun.

But what if you lived with this blinding pain every day?

According to the Centers for Disease Control and Prevention, Traumatic Brain Injury (TBI) is a leading cause of death and disability in the United States. While 153 people die each day from complications related to a TBI (accounting for about 30% of all deaths in the U.S. each year), those who survive their injury are left with severe impairments to their daily lives. One of the life-altering side-effects involved in a TBI is a similar aching in the skull to what is recognized as the “brain freeze” that occurs after consuming a cold item too quickly.

The severity of a TBI may range from “mild” (resulting in a brief change of mental status or consciousness) to “severe” (resulting in an extended period of unconsciousness or memory loss after the injury). According to Scott Powell, Executive Director of the Alabama Head Injury Foundation, TBIs are often the result of automobile or motorcycle accidents, falls, being hit in the head, and even strokes.

Powell says, “TBI’s can also occur from what is called a ‘deceleration injury’—where your body suddenly stops and your skull stops, but your brain moves inside your skull. The force of the brain hitting the inside of your skull causes an injury.” Powell also notes that that recreational activities and sports can result in TBIs.

A bump, blow, or jolt to the head can yield a TBI. The most common symptoms related to a TBI can range from mild to severe, just like the injury itself. However, the most frequent indications of a TBI include fatigue, headache, visual disturbances, memory loss, poor attention or concentration, sleep disturbances, loss of balance or dizziness, emotional disturbances (like irritability, agitation, or depression), and even seizures. Powell notes that these symptoms may not appear right when the injury occurs and could even be delayed by days or weeks following impact.

One of the most famous cases of TBI in recent years involves television personality Gary Busey. In 1988, Busey experienced a TBI after a motorcycle crash he had caused him to fracture his skull and sustain permanent brain damage. While Busey wasn’t wearing a helmet during his crash—a detail that no doubt exacerbated the extent of his injuries—many TBIs are sustained by individuals at no fault of their own. Heninger Garrison Davis, a nationally-recognized plaintiff’s firm located in Birmingham, Alabama, handles various cases involving TBIs with the hope of helping survivors fund their medical bills and adjusted way of living after experiencing a traumatic brain injury.

Brandy Robertson, an attorney at Heninger Garrison Davis, notes that those injured in car or motorcycle accident may be able to hold the other driver liable for injuries resulting from the wreck. “If they were injured in a fall, then there may be an issue with the property [where the fall occurred] that needs to be investigated, and the property owner may be held liable,” she says.

If you’ve experienced an accident, fall, or other circumstance that has caused impact to the head, it is critical to seek medical attention immediately. Even if you never lose consciousness after a bump, blow, or jolt to the head, you may be at risk of a TBI. Be alert to any headaches, changes in sleep, feelings of fatigue, mood swings, feelings of confusion, sensitivities to light and/or sound, forgetfulness, and dizziness. These symptoms can appear days, weeks, and even months after the injury is sustained. Get to an Emergency Room immediately to seek diagnosis and treatment.

You can live a fulfilled, wonderful life with a traumatic brain injury, and Heninger Garrison Davis seeks to help you address the accommodations you may need to thrive with a TBI. If you or a loved one have been diagnosed with a TBI in the aftermath of an accident or fall, reach out to the compassionate, dedicated team of experts at Heninger Garrison Davis today by calling (205) 326-3336 or visiting hgdlawfirm.com/contact/ today.